Judit M. Fekete-Pali is founder and the Creative Director of SPF:a and has been responsible for the strategic direction and artistic vision since launching the firm in 1990 with partner Zoltan Pali, FAIA. Their collaboration has produced over 90 national and regional awards for a wide variety of projects, including the Wallis Annenberg Center for the Performing Arts, the $300 million renovation and expansion of the Getty Villa Museum, and the extensive historic renovations of two iconic LA venues, Hollywood Pantages and the Greek Theatre.

Judit has contributed to the designs of some of the firm’s most widely published work, most notably as the lead designer and developer for MODAA, a block-length mixed-use space in the heart of Culver City’s Arts District. The acclaimed project was named the LA Business Council’s Mixed-Use Project of the Year in 2007, and the building’s 1920s art-deco inspired façade was officially designated by the City’s Cultural Affairs Commission as “Architecture as Art.” MODAA has also received awards from the AIA|LA, the AIA California Council, and the SoCal Development Forum, and is currently home to SPF:a’s main offices, a 2,200 square-foot SPF:a-run art gallery, a global modeling agency, and a coworking space.

Trained in the spirit of the Bauhaus, Judit studied under the noted Hungarian artist Ferenc Lantos and received a degree in architecture from the University of Pécs.

Aside from serving as the firm’s managing principal, Judit also is the head curator of the SPF:a Gallery, founded in 2007 and focused on the symbiotic relationship between art and architecture. Past exhibitions have featured the work of artists Charles Arnoldi, DeWain Valentine, Brad Howe, Lucas Blok, and architects Jerrold Lomax and William Krisel.

What is your most memorable architectural moment?​ 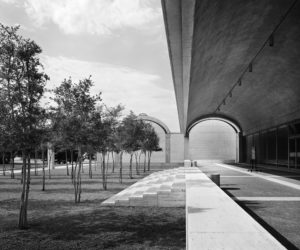 , I was walking through Florence, Italy and I noticed several buildings and courtyards had similar scales, evoking similar spatial experiences—close to the skin and comfortable; the architectural order relating to my human scale. The influence of one on the other became clear. These little moments, where seemingly disparate ideas connect, are my favorite.

It has to fly (or swim underwater)

The one in my head now

Ok, you will survive it.

In one word where do you find inspiration?