Originally named the McDaniel Residence, the Taylor Beach House is a 5,000-square-foot home with 50 feet of beach frontage in picturesque Malibu, California. Designed in the 1970s by noted California architect Jerrold E. Lomax, FAIA (1927-2014), the home is a strict expression of modern-minimalist ideals wholly rejecting ornament in favor of clean, salient lines and an open floor plan.

Our involvement with the home began in 2013 when the residence changed hands, sold by its first (and only) owner to real estate developer, architecture savant, and long-time Lomax admirer, Lawrence Taylor1 and his wife Christine Taylor. A seemingly middling exchange, the sale would come to be a very personal transaction for SPF:a principal, Zoltan E. Pali, FAIA, given his relationship with Lomax. 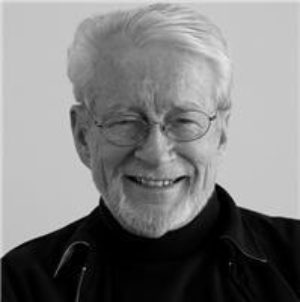 , was a California modernist architect and original LA12 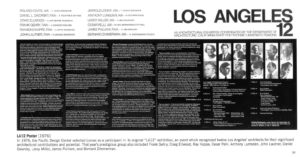 . A U.S. veteran, he enlisted in 1945 and was part of the naval occupying force in Japan. Although he was just 17 years old at the time, his stay, like many of the modernist totems that preceded him, informed his future design inclinations.

Indeed, Lomax found himself captivated by the simplicity, functionality and honest use of materials characteristic of Japanese design. Following the end of his service, he enrolled at the University of Houston, earning an architecture degree in 1951. He would shortly thereafter return to his hometown of Los Angeles, lured by the prospect of working for famed Case Study architect Craig Ellwood.

At Ellwood’s office, Lomax became the “associate in charge of design” overseeing residential projects produced during the studio's formative years of 1953 to 1962. Following his near-decade-long tenure with Ellwood, he established Lomax Associates where his minimalist modern sensibilities would extend to the realms of commercial, industrial, and mixed-use architecture.

It would be at Lomax Associates where SPF:a’s founder, Zoltan E. Pali, FAIA, would meet the modern master. Pali interviewed with Lomax in 1992, setting himself up for not just a job but a relationship that would furnish him with a friend and mentor for more than 20 years.

—Although the Hunt House is mainly credited to Craig Ellwood, the main design of the home is believed to have been completed by Lomax with the interior furnishings executed by Ellwood & Associates

SPF:a’s involvement with the McDaniel Residence began in 2013, when the home was sold to a neighbor and long-time admirer of Lomax’s work, Southern California developer Lawrence Taylor. At the time, the house, constructed in 1977, was not quite in disrepair but certainly in need of an update 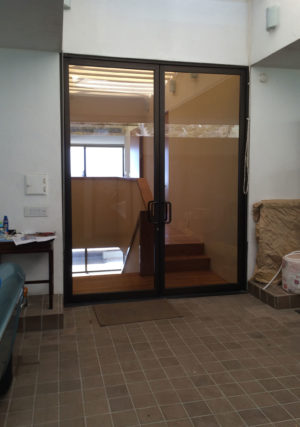 . The interior finishes had become worn and outmoded 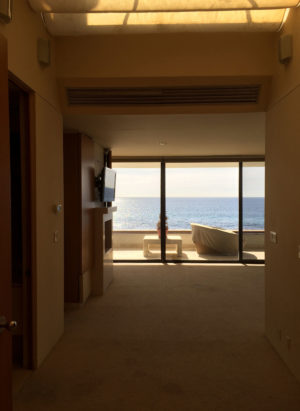 and the plan needed a refresh

. Moreover, being wholly untouched since it was first built for prominent Los Angeles attorney Marshall McDaniel nearly 40 years earlier, it required major interventions to bring it to code.

Wanting to preserve the overall spirit of the original structure, Taylor sought none other than Lomax to oversee the rehabilitation effort. At 87 years old, the architect was still working independently from his home on the California Monterey Peninsula. Unfortunately, during the early conceptual phase, he would be diagnosed with pancreatic cancer. Lomax knew he would not be able to see the project through and thus called upon his trusted student and friend, Zoltan Pali, to assume the project.

—Updated plans of the home (3)

In designing the McDaniel Residence, Lomax’s intent was to get as much light into the home as possible. He opted for a symmetrical H-configuration with an open floor plan that would allow for clear views of the water. Overhead, following the length of the crossbar, an atrium would crown the structure to help illuminate the core 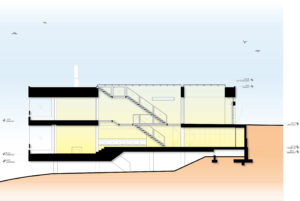 SPF:a’s renovation focused on using advances in material technology to enhance the home’s original modernist expressions as well as improve on Lomax’s goal of infusing the interiors with light. Slimmer window frames were installed, as were high-performance glazing and glass floors.

Similarly, the modest aperture above was replaced with an operable skylight that stretches along the central axis to now saturate the center of the home with daylighting. Ocean views, too, are afforded through the front-to-rear span of the floors thanks to judiciously positioned transparent walls and partitions and a reinvigorated plan2.

Other significant modifications included the peeling back of plaster column covers to expose the steel structure within. And, most notably, the installation of an architectural metal staircase with glass steps extending from the first floor to the third. An unlikely centerpiece, the brusque aluminum construction brings the home a combination of strength and delicacy, solidity and transparency. 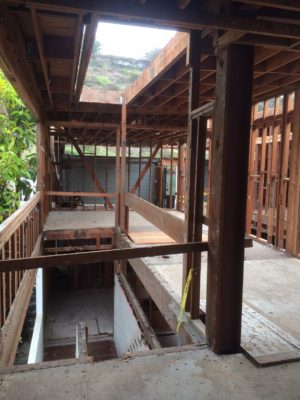 —every facet brought up to code, upgraded and modernized—the residence presents itself as a more lustrous, streamlined version of its former self.

“It was important to me that the renovation not compromise the ideals Jerry imbued; those being minimalism, functionalism, efficiency, and innovation,” says Pali. “The resulting transformation is certainly tangible, but this is still very much a Lomax house.”

“The resulting transformation is certainly tangible, but this is still very much a Lomax house."