In 2018 we answered a competition query released by the Barilla Company, the famed Italian pasta maker whose blue boxes line the pantries of just about anyone who eats spaghetti. The company had put out a request for proposals for a new pavilion to be constructed on the site of their Parma, Italy headquarters. The pavilion would act as the public arm of the company’s existing headquarters 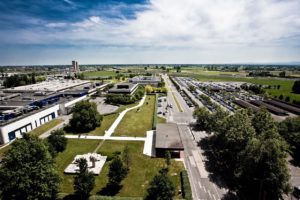 The initial process was simple enough: submit a book and several boards depicting a design concept and some early plans.

In just a few months we would learn that we were one of five international firms first shortlisted from a long list of nearly 268 international offices. Later we would stand as one of just two being considered.

…But Rather as a House

Our inspiration for the project was catalyzed by a single prompt in the competition brief: “We do not see the pavilion as a promotional space, but rather as a house.”

Under this simple banner, the programmatic elements of Barilla's pavilion came to life in our minds: each piece brought together within the shape of a home, extruded and unified within a circle symbolizing community and nourishment 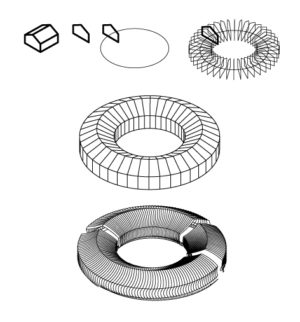 . We saw the architectural form also as a reflection of Barilla’s evolution from a bread and pasta shop in Northern Italy 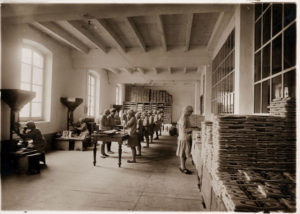 Our design employs a wood timber frame construction, similar in spirit to a barn 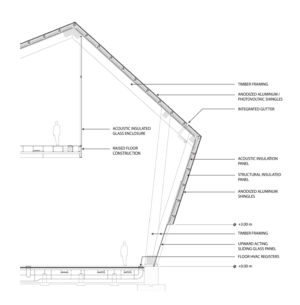 . While superficially simplistic, the complexity of the form is apparent in the frame’s repetition (144 times 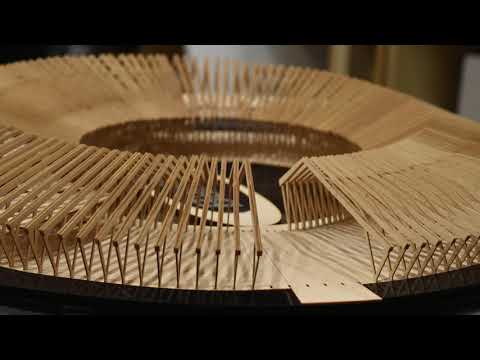 ) in a radial pattern, with ridge and eave heights responding to the program housed beneath; where more volume is needed, the system adapts.

By simplifying and streamlining the frame, we were able to achieve two goals: first, to reduce and make the most efficient use of materials; and secondly, to add motion to the form. The changing heights of the building give way to a dynamic interior and exterior experience, and symbolically the structure’s undulations gesture back to the history and natural beauty of the site: it is a field of wheat swaying in the wind, the pulses of a breath, the day arc of the sun.

In the biography "Pietro Barilla: Everything is done for the future, forge ahead with courage” (Ch. The Big Builder, pg. 228), editor Francesco Alberoni writes:

“Pietro Barilla’s specific skills, his genius, lay in the way in which he conceived of machinery. He was convinced that production lines should run uninterrupted, that they should have an ‘endless life.’ He believed that the flow should never move backwards, that there should never be any corners because these led to breaks or inequalities in the product.”

The interior of the pavilion is a direct nod to Pietro’s vision, a loop that speaks to the “infinite” assembly line and the processes implemented by the Barilla family that revolutionized the pasta production on a mass scale.

More practically, the interior addresses Barilla’s desire to “go from a closed wall to an open wall” company, and one that fosters learning through interaction. To facilitate this transparency, each programmatic element is either fully or partially exposed.

As depicted in the plans above, the floor plates are stepped back and visitors will always be able to visually engage with what is happening in the various areas of the building, likewise, Barilla will be able to meet and interact with their customers directly and without impediment. However, as not to disrupt their respective functional purposes, each programmatic element is a “controlled” environment and can be opened and closed at will.

The exterior cladding is meant to evoke grains spiking at the head of a stalk. The facade consists of a high-tech performative skin composed of a shingle system that transitions from metal to glass to photovoltaic depending on the functional needs below as well as the position of the sun 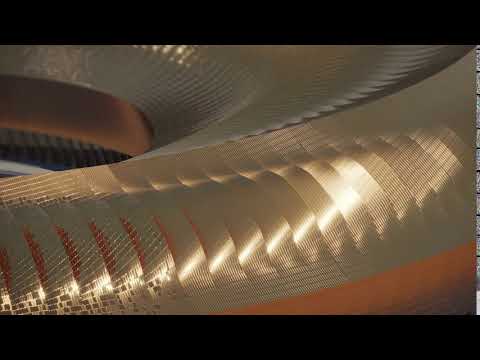 . Additionally, the skin is designed to lift and crease to create openings and skylights, allowing for interior daylighting and views.

Reflecting on Barilla’s long-standing commitment to both their people and their place, we took a human-centric approach to the design. WELL Building and LEED-NC standards were applied across the pavilion, as were low carbon construction strategies (ex. the wood timber frame, maintaining strict site management requirements). Solar shingles, greywater recycling, smart lighting, geothermal heating, and demand control ventilation are among the green technologies integrated into the design.

Inspired by the region Barilla calls its home, the pavilion’s surrounding landscape pays homage to Po Plain of Northern Italy, providing a landscape-environmental-educational development model that can extend throughout the Barilla campus and become a reference for good practices for the regional territory. We believed it was paramount that our program create an abundant landscape diversity (as the earliest, pre-industrial farms had maintained) and act as an educational tool for the campus at large.

Several ecological microcosms have been developed, including woodlands, wetlands, and tracts and corridors of plantings that support biodiversity and natural services such as pollination and water management.

For visitors of the campus, the mix of typologies provides not just respite but a vivified learning hub.

It was our understanding that the pavilion should be an embodiment of Barilla’s past, present, and future. We envisioned the building as a place defined by the dialogue had between a company and its community: a forum.

The metaphorical connection we are drawing with this name is both historical—the great forums constructed by the Romans during the era of the Republic, large open internal spaces that were used for everyday encounters between citizen and city 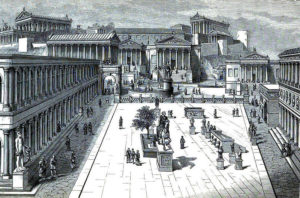 —and a gesture to the modern concept of a more open and global economy—“forum” in a current context evokes ideological confrontation, culture, and social contact.

Like an ancient forum, The Barilla Forum is a communal plaza, and we envisioned it as the tangible center of Barilla’s day-to-day life, the place where the individual can meet and experience the brand, as well as contribute ideas of their own in order to help Barilla open up to the world 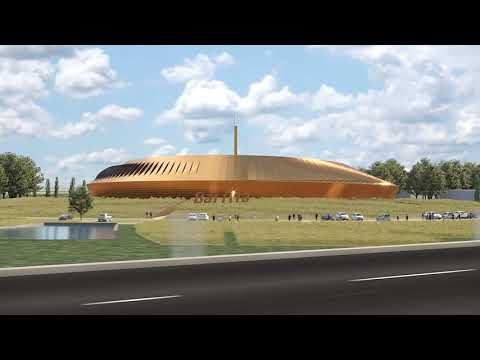